Fred. Olsen Cruise Lines will be offering guests the chance to take in one of nature’s most spectacular light shows, the ‘Perseid Meteor Showers’, with Braemar’s 13-night M1422 ‘Canaries Meteor Showers’ cruise, sailing from Dover on 4th August 2014.

This exciting ‘experience’ cruise will give guests the opportunity to view the stunning, multi-coloured ‘Perseid Meteor Shower’ at the optimum time, whilst visiting the beautiful Canary Islands and Portugal. The ‘Perseids’ are so-called because the point from which they appear to come, called the ‘radiant’, lies within the constellation, ‘Perseus’. Referred to by many as ‘Nature’s celestial firework display’, the ‘Perseid Meteor Showers’ are the result of material falling from the tail of the comet Swift-Tuttle. Best seen during the early evenings and nightfall within the first two weeks of August, guests on board this cruise can channel their ‘amateur astronomist’, as they look out for these ‘shooting stars’ – which reach a rate of 60 or more per hour at their peak – in stunning surroundings.

This cruise visits Funchal, on the lovely ‘Garden Isle’ of Madeira, for an overnight stay. Compact enough to explore on foot, the island has some fine museums, and its climate and rich soil allow for some exquisite gardens.

Next, Braemar visits Santa Cruz in Tenerife.  Here, guests can discover the wonders of the extinct volcano, Mount Teide, in El Teide National Park, explore the mix of modern and historic buildings, or take a tour to the Pyramids of Guimar. These incredible pyramid-shaped structures date back to the 19th Century and are located in the fascinating ‘Secret Garden’, which contains some of the most dangerous plants in the world.

Braemar then calls at the largest island, Gran Canaria, where the ship docks in Las Palmas. This popular island boasts a fascinating history; in Plaza Santa Ana, there are bronze statues of dogs, referencing the Romans’ naming of the islands after legendary canines.

Arrecife, Lanzarote is the next port of call, a bustling port with two splendid castles overlooking the harbour area, which date back to the 16th and 17th Centuries. The older of the two buildings, ‘Castillo San Gabriel’, houses the Ethnographic Museum, which tells the story of the original inhabitants of the island, the Gaunche. Guests venturing slightly further out of the town can explore the lunar landscape of the Timanfaya National Park.

Lisbon, Portugal’s bustling capital, is the final port of call, a city rich in maritime history. There is much to explore, including monasteries, museums, and Gothic cathedrals. Other attractions include ‘Rossio Square’, the city’s old quarter, and the ‘April 25th’ suspension bridge, one of the world’s largest. For more adventurous guests, there is an exhilarating Jeep Safari tour in the imposing Sintra Mountains. 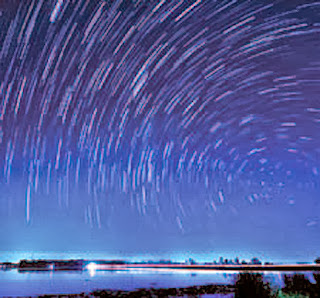