“Jude was bowled over by the entire experience – he was a natural racer,” said a Yas Marina Circuit insider.

“He even said he was considering returning to Abu Dhabi for the Grand Prix in November.” 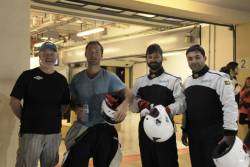 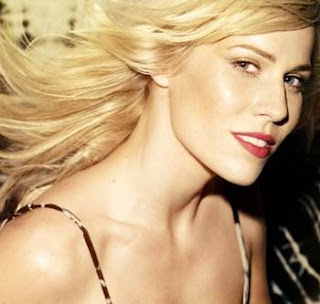 SANTA CLARITA, Calif. (May 15, 2013) – Adding yet another special touch to the naming ceremony launching Royal Princess, British singer-songwriter Natasha Bedingfield will perform at the June 13 naming ceremony of the new ship in Southampton, Princess Cruises has announced.
The globally acclaimed artist will make a special appearance at the celebration, where Her Royal Highness The Duchess of Cambridge will officially name the ship.
Ever since her Brit and Grammy-nominated multi-platinum solo debut album “Unwritten” in 2004, the British-born Bedingfield has been one of the world’s most inspiring and innovative contemporary female singer-songwriters at the top of the charts. With three albums under her belt, she is known for her powerfully soulful voice and heartfelt and contagious pop anthems.
Bedingfield’s radio hits include songs such as “Unwritten,” “Pocket Full of Sunshine,” “Love Like This” and “These Words,” and her music can also be heard in numerous movies and television shows.
“We’re excited to have Natasha Bedingfield lend her voice to this special occasion,” said Jan Swartz, Princess Cruises executive vice president. “Her music will add a wonderful contemporary touch to the time-honored elements of the traditional naming ceremony.”
In addition to Bedingfield’s performance, the Royal Princess inaugural ceremony will feature many British ship-naming traditions, including a blessing of the vessel, and a performance by The Band of Her Majesty’s Royal Marines Portsmouth (Royal Band) and the pipers of the Irish Guards. The pinnacle of the ceremony will be when the ship’s godmother, The Duchess of Cambridge, breaks the champagne bottle on the bow of the ship.
The ceremony will be the highlight of week-long inaugural celebrations to welcome the vessel into service. Royal Princess will arrive at the Ocean Terminal in Southampton on Friday, June 7 and will depart on her maiden voyage on June 16. After her maiden voyage to Barcelona, the ship will sail Grand Mediterranean cruises throughout the summer, followed by Eastern Caribbean cruises beginning in the autumn. Passengers still have the opportunity to book a cruise during the ship’s maiden season as limited space remains available.
The 3,600-passenger Royal Princess is a new-generation ship. Among the special features found on board will be a greatly expanded atrium, the social hub of the ship; an over-water SeaWalk, a top-deck glass-bottomed walkway extending 28 feet beyond the edge of the ship; plush private poolside cabanas that appear to be floating on water; the new Princess Live! television studio; the largest pastry shop at sea; a special Chef’s Table Lumiere, a private dining experience that surrounds diners in a curtain of light; and balconies on all outside staterooms. 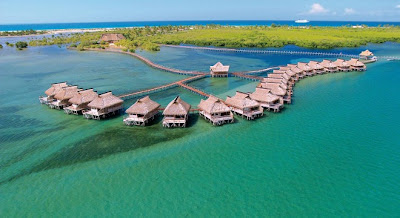 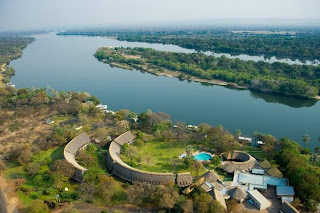 Children get 50% discount on Europe cruises

Norwegian Cruise Line :Children aged 17 and younger will receive 50% off their cruise fare on any of Norwegian’s Europe itineraries when travelling with two adults in the same stateroom. Families who take advantage of this offer will have the opportunity to climb the 294 steps of the Leaning Tower of Pisa, explore the ancient ruins in Athens; discover the history-filled Vatican City in Rome, and much more.Norwegian’s newest ship, Norwegian Epic, sets sail on seven-day Western Mediterranean itineraries from May 5 to October 13, 2013. Ports of call include Naples, Rome (Civitavecchia) and Florence/Pisa (Livorno); Palma, Majorca, Spain; and Provence (Marseilles), France.  Passengers can begin their cruise in either Barcelona, Rome (Civitavecchia), or Provence (Marseilles) allowing them to customise a vacation to their specific needs.  They will be able to interact with their favourite Nickelodeon characters during a variety of Nickelodeon hosted family-friendly activities and shows.Norwegian Spirit is based in Europe year-round and is currently sailing sail nine-day Canary Islands cruises, departing from Barcelona through April 8, 2013, calling at Funchal, Madeira; Santa Cruz de Tenerife, and Arrecife, Lanzarote, Canary Islands; and Granada (Malaga), Spain.  Also sailing year-round in Europe, Norwegian Jade offers seven-day Greek Isles and Adriatic itineraries from Venice through early October, visiting Corfu, Santorini, Mykonos and Olympia (Katakolon); Dubrovnik; Athens (Piraeus); Ephesus (Izmir); and Split; and 10-day Eastern Mediterranean cruises from Rome (Civitavecchia) to Olympia  (Katakolon) and Athens (Piraeus); Ephesus (Izmir); an overnight in Istanbul; and Naples. For a history-filled family expedition, Norwegian Jade sails from Rome (Civitavecchia) on 11-day Mediterranean and Holy Land cruises through April 6, 2013. Ports of call include Alanya; Limassol; Haifa and Ashdod; Iraklion, Crete; and Naples.  This spring and summer, Norwegian Star offers nine-day Baltic Capitals voyages from May 7 through September 10. Sailing from Copenhagen, this voyage includes an overnight stay in St. Petersburg.  Additional ports of call include Berlin (Warnemunde); Tallinn; Helsinki; and Stockholm.Norwegian’s array of Freestyle Cruising options gives families flexibility and includes family-friendly accommodations and a variety of entertainment and dining options.  Norwegian has made significant enhancements to its youth and teen programmes, Splash Academy and Entourage. The enhanced curriculum focuses on team building and assisting in developing children’s interpersonal and confidence-building skills. With activities that are tailored specifically to each age group, the new youth and teen programmes focus on creative and unique activities, along with more sporting events, through a partnership with King’s Foundation and Camps. A highlight of the programme is a circus school in partnership with Hilario Productions’ Cirque du Jour, a New York-based company that specialises in teaching children real circus skills. Splash Academy also offers activities for cruisers under three and their parents who can enjoy sensory play classes which include baby art featuring “Wee Can Too” organic art products.
Posted by Unknown at 12:59 No comments: